As a beginner, there is a two-week trial period before the membership fee must be paid.

You can begin to train in traditional soft clothing (eg, sweat pants and t-shirts). We train barefoot, so you do not need any socks or shoes. When you’ve been training for a while there are gi (jutsu costume) to buy in our budo shop.

The Swedish Ju-jutsu Association, SJJA, (in Swedish ”Svenska Ju-jutsuförbundet, SJJF”) was formed by some Ju-jutsu clubs in 1991. The first years there were no activities within the association. During the fall 1998 the SJJA was transformed into an organization for the clubs training the style Ju-jutsu Kai. Since then the SJJA is the organization taking care of all Ju-jutsu Kai-matters in Sweden.

The SJJA is led by the board, consisting of 7 members elected by the annual meeting, held in March, and today chaired by our Soke, Mr Hans Greger. To help the board the SJJA also has committees, leaders of projects, and people responsible for certain tasks. Today the SJJA has approx. 6.000 members in almost 85 member clubs.

Mr Viking Cronholm introduced Ju-jutsu in Sweden in 1908. The modernized Ju-jutsu we are training today started to spread all over Sweden in the 1960’s. We consider 1970 as the year when our style, our grading system, was started by Mr Hans Greger, now a 10th Dan Red belt in Ju-jutsu.

Ju-jutsu training
Ju-jutsu is an old Japanese method for unarmed self-defence. Click here to read more about its history. Ju-jutsu can be translated to ”Art of gentleness”, but one should not make the mistake to believe that it means ”weak” techniques. Ju-jutsu, as trained in the SJJA clubs today, is modernized and systemized to fit Swedish laws about self-defence. Ju-jutsu is also an excellent form of exercise for increasing one’s flexibility, coordination and strength. At a more advanced level Ju-jutsu can be practised with very fast and complex techniques.

Ju-jutsu training is fun and variable. It covers for example: takedowns, throws, punches, kicks, blocks, joint-locks, ground fighting and more (children’s training does not include punches and kicks). We use different colours on our belts in order to differ the skills and knowledge of Ju-jutsu students. We begin with a white belt it then follows with yellow, orange, green, blue, brown and a black belt. The black belt is divided into 10 degrees (Dan). 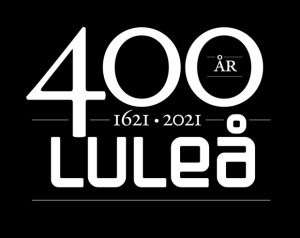